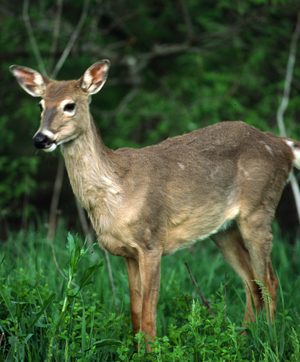 Transitioning into fall weather brings many changes in people, insects, and especially in wildlife. Squirrels have been on the hunt for food to tuck away for the winter, snakes and other reptiles are finding areas to hunker down during cold weather, and deer are entering into their annual mating season.

What is rutting season?
To describe it very basically, the mating season can be divided into three sections:

These three sections and the time leading up to and the time after are what are known collectively as rutting season.

If you search the internet for exactly when the white tail deer mate or when the deer rut happens, you’ll find many different dates and theories. Hunters track these predictions carefully and create hunting plans based on their observations. Biology dictates that deer mate at the same time every year based on change in length of day (photoperiodism). There have been some arguments made for deer rut being based on the timing of the full moon as well.

Deer breeding peaks November 15
It is generally accepted that the peak of breeding will happen close to November 15th in the Midwest. Hunters will target deer populations during the finding and chasing portions of deer rut (the week or two leading up to breeding) as that is when there is a large uptick in movement. It is easier to find a deer that meets their hunting license requirements and personal preferences when deer are on the move. 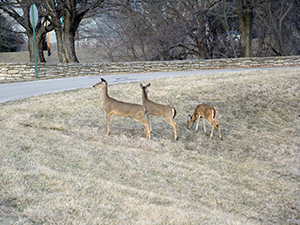 How deer season impacts city dwellers
Why is this good information to know? It’s important to be aware of both seasons even in urban areas. Both rutting and hunting can cause deer to move more than the rest of the year. This means that they will be crossing roadways even more frequently, causing a danger and hazard for drivers. Hunting may be limited in location, but the deer mating season is not limited to any geographical location.