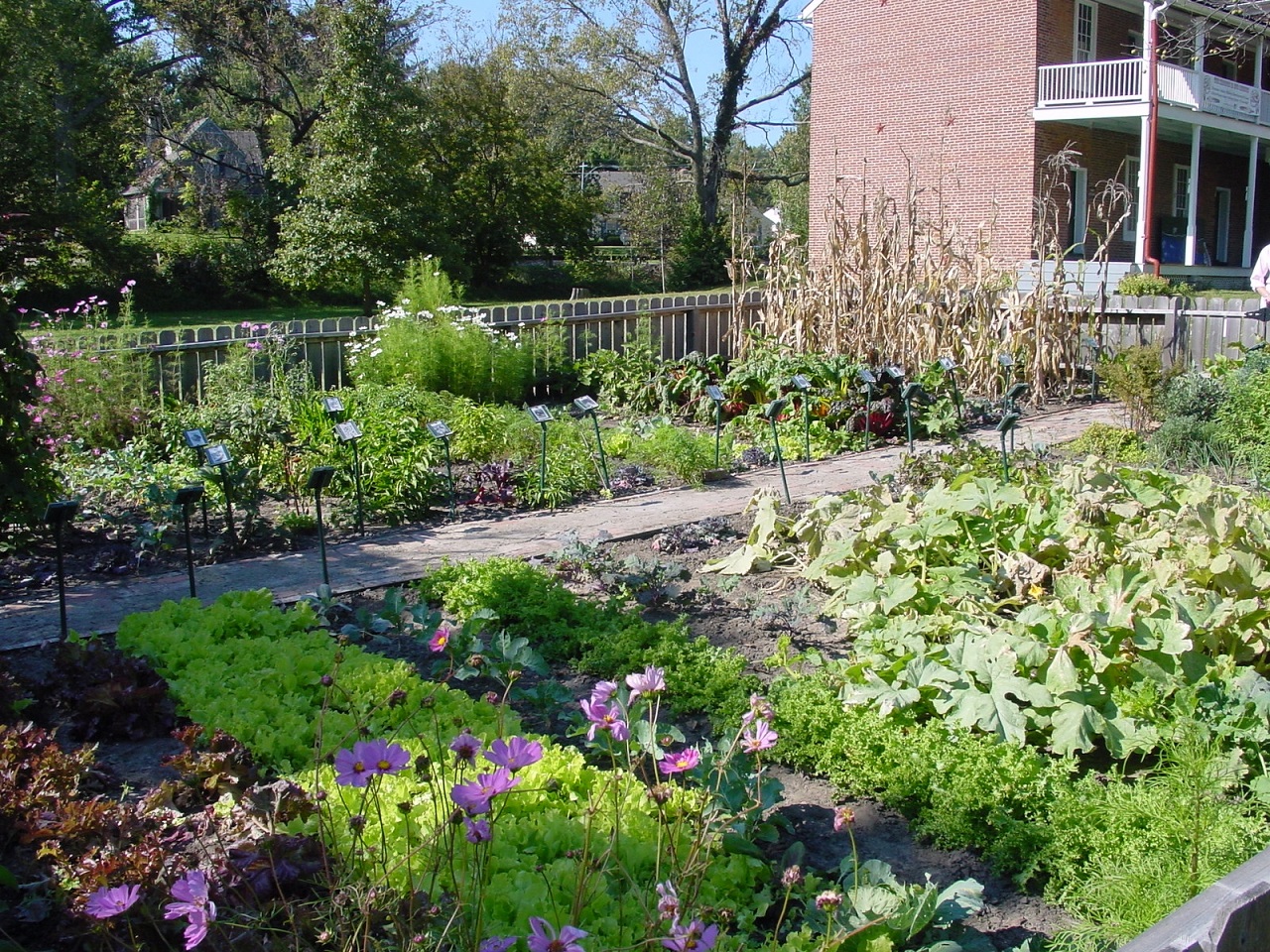 The vegetable garden began in 2003 and is representational of the Shawnee Indian Mission farm that was in operation between 1839 and 1862. This garden teaches the cultivation of vegetables with a historic emphasis. Vegetables are planted at various times in the growing season, including broccoli, cabbage, potatoes, lettuce, chard and onions. Many heirloom plants are cultivated, such as 'Bloody Butcher' corn. An open compost bin surrounded by a split rail fence was developed in 2006.

A large rain garden of native plants was designed and planted as a special project in October 2007.

The Mission is the place to be during the second weekend in October for their annual Fall Festival. Historical crafts are represented and we invite you to join in the festivities.

Every Wednesday morning from March through October, the K-State Extension Master Gardeners are on site planting and maintaining the gardens.  We invite your questions and we would like to show you around.

Master Gardeners are available to answer questions while they work the gardens Wednesday mornings, March – October.