Pruning Trees and Shrubs: It's all in the timing 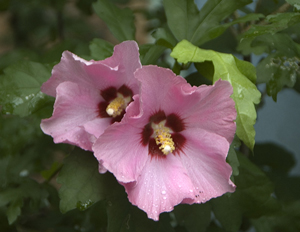 Personally I look at life through the lens of “good news/bad news”. The good news is that we’re on the downside of winter. So far it has not been that harsh. But now the bad news: we still have about six to eight more weeks of winter, that could turn cold, snowy, warm, or who knows what.

As a gardener, the lengthening days fuel my urge to get outside. On nicer winter days I find myself walking through the yard and starting the mental checklist that I can look forward to performing. Some people would call that work. Yes, it could be considered work, but for me it is the best way I know to unload stress and clear my mind.

Pruning is often one of the first tasks that come to mind as spring gets closer. Over the years I have found people are confused about the “how’s and when’s” of pruning. The most important concern with pruning is to understand the proper timing. Once pruning time arrives the issue becomes how to make the cuts. Let’s first take a look at proper pruning times.

Deciduous Shrub Pruning
The correct time to prune shrubs is based on flowering habits. Shrubs produce flowers two ways. The first is referred to as “blooming on new growth” and the second is “blooms on old wood or growth”. Non-flowering shrubs are treated the same way as shrubs that bloom on new growth.

A new growth flowering shrub simply means the flower buds are set on the wood or growth produced over the summer. As the plant grows April throughout the summer, flowers are set on the new growth and then open. The best example is Rose of Sharon. Since these flower buds are set during the current season, pruning should take place in the early spring prior to producing new growth. Pruning would be accomplished in late March through very early May.

Shrubs that flower in late March through mid-May actually developed and set their flower buds last summer. This means the flowers are tucked inside this winter’s dormant buds. As new growth emerges the flowers will appear. Examples are forsythia, lilac and azaleas. Spring flowering shrubs are best pruned within about four to six weeks after bloom time. This allows the development of new growth over the summer. Buds are then set before fall’s arrival. Pruning a spring flowering shrub prior to flowering in the spring does not harm the shrub, but it does remove the beautiful flowers.

Deciduous Trees
Trees are pruned slightly earlier in the season, from late February through April. The ideal time to prune trees is prior to bud break. The lack of foliage allows the structure to be exposed, making it easier to see what pruning issues need to be corrected. Keep in mind that follow up pruning can be done throughout the season to remove dead, broken or hazardous limbs. Pruning during late winter through early spring is desired because this is just before a period of rapid growth. The wound resulting from the cut will begin to seal, or heal over quickly.

Evergreen Trees and Shrubs
Evergreen pruning is more complicated. Evergreens that produce several growth spurts during the spring and summer are best pruned either just before the new growth emerges or just after. The time frame is late March through mid-May. Examples of evergreens in this class would be juniper, yews and boxwood.

Evergreens that develop new growth only once in the spring are pruned after the new growth is produced. The pruning should be finished by the end of June. This includes spruce and pine. The amount of pruning is limited to cutting back about halfway into the new growth.

The good news is you now have the information required to know when to prune. The bad news? Many of you don’t feel confident in making the cuts. Don’t worry. There is time to figure out the pruning how-to’s. And we’ll be discussing that later down the road.