How to Prune Evergreens 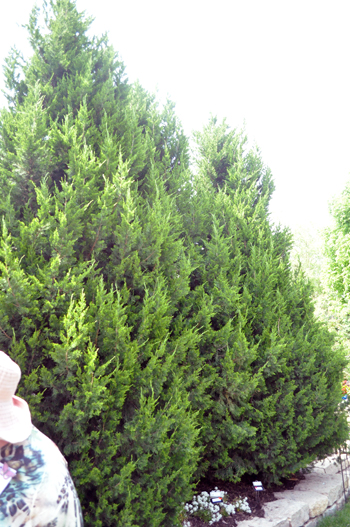 Evergreen trees and shrubs are often referred to as the backbone of the home landscape. These plants add life to the landscape year round because of the colorful foliage. Unlike deciduous plants which drop their leaves, pruning of evergreens does require a little bit more know how.

Prune during active growth
Evergreens are best pruned during their most active growth time which is normally April through September. Pruning earlier in the season can be done but it may require the plant more time to recover. To know when to prune and how to prune, a little background information is needed on their habits.

Evergreens can be grouped based on their growth. There are types that produce only one flush of growth a season such as pines and spruce. The other group is those that have more than one flush of growth each summer such as junipers, arborvitae and yews.

Pruning pines and spruce
Pines and spruce are best pruned in May after their spring flush of growth has occurred.  It is best to only lightly prune these plants by either cutting the new shoots or candles back about one half. Cutting back into older wood will not initiate in new growth and will leave a stub which will die out over time. Older branches that are crowding a walk or building can be removed back to the trunk for best results. Young trees that are developing two leader shoots instead of one main trunk can also have one shoot removed for long term health. Limbs that are dead or a hazard should be removed anytime of the year.

Pruning junipers, arborvitae and yews
Junipers and arborvitae can be pruned just about anytime from April through September. Avoiding the hottest dog days of summer is advisable. There is a limit to how far back these plants can be pruned as they have what is commonly referred to as a dead zone. The dead zone is the area toward the center of the plant where all the green foliage has dropped. Cutting back into this area will result in no re-growth and a dead spot. Limit pruning to shorter tips or branches that will not leave holes showing dead wood. Hand pruning to retain the natural shape is often best, but clip out the overgrown limbs.

Yews can be treated similar to junipers. They are a little more forgiving as they will regenerate growth if cut back harshly into the dead zone. Although the recovery from such pruning may be slow and even take a couple of years to close, depending on the health of the plant.

Pruning evergreens is a chore that must be done from time to time. It is best not to let these plants become overgrown for the area as bringing them back into bounds is not always feasible based on their growth habit. Many times a large overgrown shrub around the foundation of a home should be replaced instead of pruning heavily. Evergreen trees placed too close to buildings and walks may also need to be removed as severe pruning may leave the plant unsightly.

With that being said, do not be afraid to prune, but learn a few basic rules so that once armed with the equipment you will be ready to make wise choices for a beautiful plant that will add value to the landscape.