Organic Does Not Mean Pesticide-free 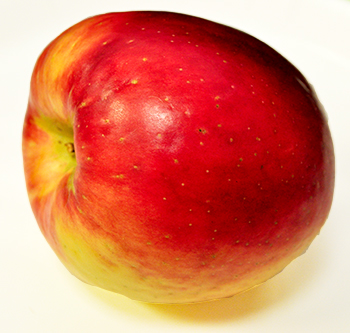 I was flying home after attending a recent conference. Seated next to me was a very pleasant person. We struck up a typical causal airplane conversation. Where are you from? Heading home? What was the reason for your travel? We’ve all had these conversations. Usually they end with an innocuous comment such as, “Oh, that’s nice.” Or, “Sounds like fun.” But this one lasted longer than normal as my row mate explained her occupation and destination.

The conversation piqued my interest with her telling me she worked for a grocery chain and was traveling to their conference. She headed up their organic food division. As a person in support of the local food movement I started to ask a few more questions. I was hoping to learn more about the business and how crops make the trip from farm to table.

Now before I go any further, let me explain. My point is not to judge or come across as not supportive of organics. But my scientific mind, background and training requires me to explain that the idea that organic produce is not treated with pesticides is actually a common myth about organic food. Let me attempt to explain so that we are all better informed consumers.

What is a pesticide?
By legal definition, pesticides are a substance that kills a pest.

Remember a pesticide is a product labeled to kill a pest. Therefore, organic products that kill pests are chemicals, just like their non-organic counterparts. The main difference is how they were created. Now we can debate chemistry, chemical breakdown, safety and all the other issues surrounding this conversation. But I’ve found that a lot of the organic VS non-organic discussion is rooted in personal beliefs along with science. This is not the point of my rambling nor do I want to debate the topic. My goal, as always, is to provide factual information.

Surprise! Organic produce has pesticide residue
Why did I indicate that organic produce may be treated with more pesticides than conventional produce? The simple answer is that organic products breakdown more rapidly, providing a shorter period of protection before another application must be applied for control. This shorter interval is what can account for a greater number of applications and more product being applied to a specific crop.

The debate then comes into how these pesticides breakdown, how easy they are to wash off before consumption, and a personal judgement of the information. The bottom line is both conventional and organically grown food has pesticide residues on them when they come home from the grocery store or farmers market.

Organic versus pesticide-free
What people often think when they purchase and consume organic food is that it is really pesticide-free. That is not the case. Organic and conventional food that has been treated with a pesticide has residuals of that pesticide on the food item. What people should really look for is the term pesticide-free.

Pesticide-free would mean that no pesticide of any type has been used in the production cycle. The marketing buzz words would be something along the lines of "never been sprayed" or "pesticide-free". Rarely do you see these words used because an honest organic grower cannot legally claim pesticide-free if an application has been made during production.

Just because it says "organic" does not mean it's safe
Let me restate my purpose in writing this article: it is not to undermine one’s personal choice to consume organic food. It in no way is meant to insinuate that growers are underhanded or not truthful in marketing their product. It is meant to serve as information for you, the consumer, about the definition of pesticides. So many people, including my airplane friend, think that organic pesticides are safe because they are derived from nature. The truth is that many organic pesticides are more toxic than those developed in the lab.

We should always be smart and use safe handling practices when applying any type of pesticide, whether organic or conventional, in the garden. We should also use smart food handling and safety practices when preparing our food, whether it’s conventionally or organically grown. Lastly, we should understand what the labeling really means so we can be informed consumers.

Thanks for allowing me to share this story and information with you. Education is key, and my role as an agent is to just help you when you’re making decisions about your family’s well-being.